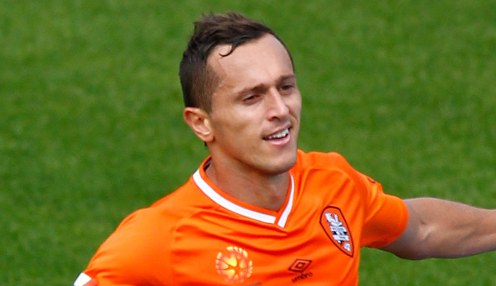 John Aloisi will follow Adelaide United coach Josep Gombau’s lead in trying to bring the Barcelona ethic into the A-League.

Aloisi, appointed this week as Brisbane Roar’s new coach on a two-year contract, is back in the competition 18 months after being sacked by Melbourne Heart.

Brisbane are 8.00 to win the A-League Grand Final.

Everything was competitive in training and they trained at an intensity I hadn’t seen before.

The former Socceroo believes he is the right man to get the three-time champions back on track, and said one of his philosophies at the Roar would be to draw on methods he has seen used at Barcelona.

Aloisi had a week-long stint with the four-time European champions last year and picked up a lot of valuable tips.
Barcelona are 1.36 to win the UEFA Champions League final, with Juventus 3.25.

Gombau has already shown how the Barca style can be adapted to the A-League – the former Barcelona youth academy coach has improved the fortunes of Adelaide, winning the inaugural FFA Cup with the Reds and guiding them to third place in the league last season.

Aloisi said: “One of the great things I saw at Barcelona was how the club still gets the best out of players who have won everything.

“Everything was competitive in training and they trained at an intensity I hadn’t seen before. If you can do that at training you will automatically do that in a game.”

He added: “I see parallels at the Roar as they have won a lot of silverware in recent seasons and now the challenge is for us to aspire to new heights in season 2015-16 and beyond as we reaffirm our standing as Australia’s premier football club.”

This is the first time Aloisi has held a coaching job anywhere but with Melbourne Heart – who were rebranded as Melbourne City ahead of last season.

He coached the club’s youth team for six months before becoming the first team coach in May 2012. Aloisi was sacked in late December 2013 having won just eight of his 39 games in charge.