Boogaard return a boost for Reds 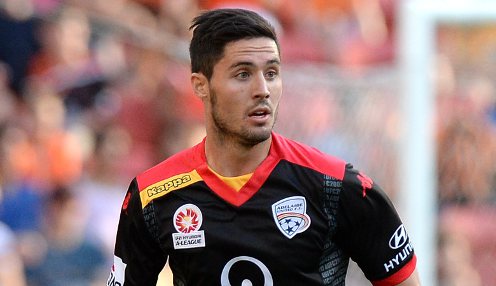 The return of key players is a positive for Adelaide United coach Josep Gombau after his side lost 2-0 away to Wellington Phoenix.

The defeat dropped the Reds to fifth in the A-League table – the lowest they have been all season.

But despite losing two in a row, they are still only four points behind leaders Perth Glory with seven games to go.

We didn’t defend well on a throw-in and Wellington scored the first goal. After that it was difficult for us.

And Gombau was consoled by the fact that central defender Nigel Boogaard returned to action in Lower Hutt while midfielder Osama Malik could feature in Thursday’s clash with Central Coast where United are 1.57, the Mariners are 6.00 and the draw 3.80.

Boogaard was able to partner Dylan McGowan in the defence and played well in his first game for a month.

“We haven’t had (Nigel) for the last five or six weeks, so his return is good news,” said Gombau. “We also hope Osama can play next week.”

United’s consecutive defeats have come away from home and they now have two in a row at Coopers Stadium, taking on the Mariners and Melbourne Victory.

Their form at home has been good, with five wins and just two defeats in their 10 games. The Reds also won four home games in the inaugural FFA Cup including the final where they beat Perth.

Gombau insisted the Phoenix game was even and it was always a case of whichever team scored first was likely to win the match.

“We didn’t defend well on a throw-in and Wellington scored the first goal. After that it was difficult for us,” he said.
“In the first half it was very windy and that was difficult. The second half was open.”