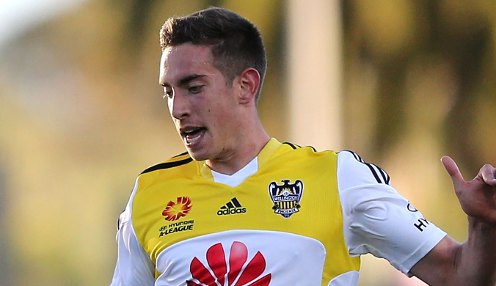 Wellington Phoenix coach Ernie Merrick is hopeful the depth of his squad will help them cope with key absences when they take on leaders Perth Glory on Saturday.

The Phoenix travel to nib Stadium looking to wrest top spot off Kenny Lowe’s side, who have faltered in recent weeks and are on a seven-match winless run.

We’ve got good depth; a lot of the boys have really good experience.

Having moved up to within a point of Perth after beating fellow premiership rivals Melbourne Victory and Adelaide United in successive games, though, Wellington have been hit by fresh injuries.

Influential midfielder Alex Rodriguez will miss the Glory match with a hamstring niggle while leading scorer Nathan Burns is out with a hip injury.

Burns has scored in each of his last two games to take him to 12 for the season, one behind Golden Boot leader Marc Janko of Sydney FC.

Merrick will be able to bring in new signing Joel Griffiths to replace Burns up front and is expected to turn to Vince Lia in the absence of Rodriguez – Lia will become the fourth Wellington player to play 150 games for the club if selected.

Defenders Michael Boxall (calf) and Ben Sigmund (hip) will fly out to Perth as part of an expanded 17-man squad hoping to shake off injuries that left them unable to train on Wednesday.

Merrick said: “I have a lot of confidence in the squad because we haven’t been caught out like last year. We’ve got good depth; a lot of the boys have really good experience.

“There’s a real buzz and they’re pretty keen to get out there. So I think whoever starts, we’re definitely in with an attitude that we want to win.

“It’s not a patch up team, it’ll be a good team that we’ll take over there and there’s no excuses for not playing attacking football, better than we played against Adelaide.”

Wellington, who are 3.30 to beat Perth, will get defender Manny Muscat back from suspension, while Michael McGlinchey has recovered well from the soreness he felt after the win against United. Perth are 2.10 and the draw is 3.50.

Don’t forget all of the fantastic markets we have to offer, including In-Play betting, can be accessed on your mobile phone with the new and improved bet365 On The Move