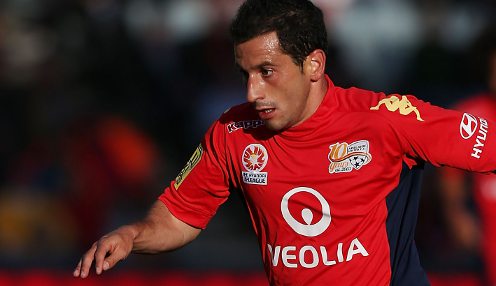 Adelaide United fans might feel the A-League fixture schedule has been kind to them, but forward Sergio Cirio isn’t expecting an easy ride of it in their final two games.

The Reds face two teams with little to play for in the final fortnight of the season – they go to bottom side Western Sydney Wanderers and finish off with a home match against Melbourne City.

City have secured a Finals Series spot but can’t finish any higher than fifth – that means they will face an Elimination Final away from home.

We’ll practice our finishing and our defending because we want to be stronger.

Cirio says United, who are 4.50 to win the Grand Final, will be going all out to clinch a top-two spot which would see them sit out the first week of the finals and then be at home in the semi-finals.

Adelaide were in a tense battle this time last year to make it into the finals, and Cirio recalls that Melbourne City – then playing as Melbourne Heart – gave them a massive test. It took an injury-time goal from Fabio Ferreira to earn the Reds a 2-2 draw at Coopers Stadium.

Cirio said United expected Asian Champions League winners Western Sydney to make it difficult for them. He added: “Even last season when we played against Melbourne (City) and they were playing for nothing, it was very difficult so we’re expecting the same this time.”

The Spaniard is confident Adelaide can rebound from their 3-2 home defeat to Brisbane Roar at the weekend.

The Reds had won three of their previous four games, and go into the penultimate round just a point behind leaders Melbourne Victory.

Speaking of the defeat to Brisbane, Cirio said: “Although we lost the game we created a lot of chances and we need to keep that in the work that we are doing to create those chances. We’ll practice our finishing and our defending because we want to be stronger.”