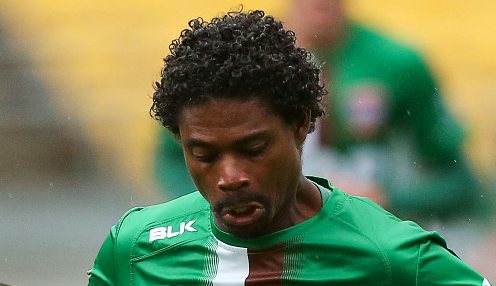 Kew Jaliens has settled in with City after leaving Newcastle Jets.

Kew Jaliens is relishing the chance to finish the season on a high with Melbourne City, less than four months after being axed by Newcastle Jets.

Veteran defender Jaliens was one of a group of five players told on the same day they were being released by the Jets.

The group continued to train on their own at Newcastle until accepting termination deals, but Jaliens was left in limbo until City signed him in mid-February.

The move backfired on the Jets, who finished bottom of the league, but helped Jaliens as he has gone on to play 10 games for John van ‘t Schip’s side and now finds himself 90 minutes away from a Grand Final appearance.

The 36-year-old has played in some big games over the years, including Holland’s 2006 World Cup match against Argentina, the Dutch Super Cup final in 2009 with AZ and a semi-final of the Europa League.

Taking on rivals Melbourne Victory in a semi-final derby at Etihad Stadium, though, means he will be involved in the biggest match in City’s history.

“That’s just the way soccer goes. In Holland, we say soccer can change in one day, from bad to worse or the other way around,” said Jaliens.

“For me, from being in Newcastle in an awkward situation to coming to Melbourne and now being part of this, that’s just awesome.

Jaliens, who missed the 2-0 elimination final win away to Wellington Phoenix through suspension, is set to return to the starting line-up against Victory.