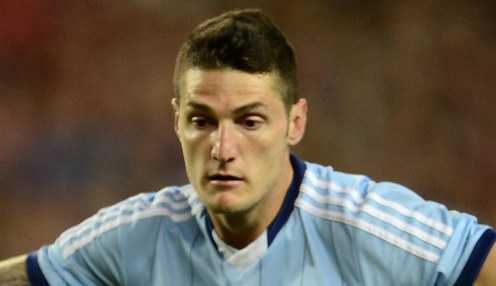 The 22-year-old has had little but bad luck in the two years since he was released by English side Fulham, who are 7.00 to be promoted from the Championship next season.

Corey has proven he has what it takes to be a successful striker in the A-League.

Gameiro had failed to play a first-team game for the London side during his four years there, but his regular appearances for Australia at U-20 level kept him in the shop window.

After a spell on loan with Wellington Phoenix in 2013, he returned to his native Australia at the end of that A-League season to sign a two-year deal with Sydney FC.

Much was predicted for the livewire striker during his time with the Sky Blues, but his first campaign was hampered by an injury he suffered during a pre-season promotional photo shoot.

He was able to return to play in 15 games in 2013-14, but just a month into the following season he suffered a serious ACL injury while playing for the Olyroos in a four nations tournament in China.

It put him out for the rest of the campaign and Sydney coach Graham Arnold opted not to offer him new terms when his contract expired.

City, who are 9.00 to win the 2015-16 Grand Final, have stepped in and signed him on a two-year deal. He becomes the club’s third pre-season signing, following Ivan Franjic and Steve Kuzmanovski.

Van ‘t Schip, who led the club back into the Finals Series last season, said: “We have been monitoring Corey’s progress and believe he has huge potential with us at Melbourne City FC.

“Corey has proven he has what it takes to be a successful striker in the A-League, showing that he has the desire, skill and hunger to succeed.”

Gameiro is still not fit, but says he’s ahead of schedule in his rehabilitation which will continue at the City Football Academy in Melbourne.

He added: “I believe the club is heading in the right direction, have the foundations right and have the potential now to achieve success and I want to be a part of it.”