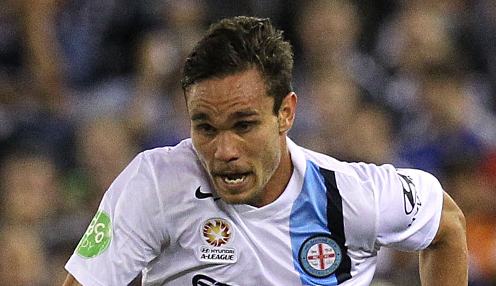 Melbourne City secured a crucial win over Sydney FC with a 1-0 victory at the Allianz Arena.

The result means City coach John van ‘t Schip can look ahead with optimism to next weekend’s season-defining clash with Brisbane Roar.

City ended their run of poor results away from home as they took the points via James Brown’s 81st-minute goal – his first for the club.

Van ‘t Schip’s team hadn’t scored in four of their previous five games on the road, being winless in that period, and rode their luck to claim the spoils against the Sky Blues who hit the woodwork three times.

City were many pundits’ pre-season choice as champions on the back of signing Damien Duff and Robert Koren and bringing in David Villa for what was envisaged as a 10-game guest stint.

Things haven’t panned out that way, but they can still grab a Finals Series spot if they finish above Brisbane and claim sixth spot. The victory over Graham Arnold’s side gave them a five-point buffer, though the Roar have three games in hand.

City have already beaten Brisbane home and away in their two previous meetings this season, and if they can complete the treble over them at AAMI Park next Saturday it should go a long way towards clinching sixth spot.

“We’re in a good place because we’re still there and we get Brisbane next week and that’s going to be a very important game of course; it’s a six pointer,” said van ‘t Schip after the victory against Sydney.

“They have games in hand but we have everything in our own hands as well and so it’s up to us. We have to be prepared and fight till the end like we did today and at least show the passion and hard work – that’s the least you can do.”

The Dutchman added: “We have enough quality that we can create chances. It happened today and it will happen hopefully next week as well.”