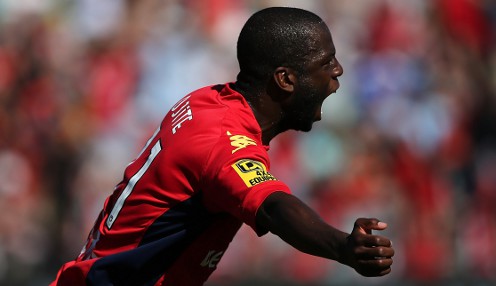 Adelaide United have to rediscover their away form to keep their Premier’s Plate ambitions on track, admits Bruce Djite.

The striker is targeting a win away to Newcastle Jets on Sunday, when they will look to avenge their surprise 2-1 defeat in December.

The Jets had not won until that Round 11 clash, and it was an indication that the Reds – who had won their first three away games – could be vulnerable to dips in form.

That Hunter Stadium defeat was their third in four games, and after they improved with a run of 10 points from five games from the start of the year, Josep Gombau’s men stuttered again late last month.

Back-to-back away defeats against Melbourne City and Wellington Phoenix hurt their premiership chances and as they go to Newcastle this weekend they are outside the top four.

A top-four finish will secure a home final, so that has to be the minimum for the Reds, who will travel to Sydney FC next week.

Recalling the defeat away to the Jets, Djite said: “To go back to the scene of the loss, that will be firing the boys up again as we can’t accept anything less than maximum points this week.

“Sydney will be a massive game, they are doing very well and are one of the only teams that are in and around us. We have to win those games to bridge gaps and make it harder for them.”

The Reds go to Newcastle having missed the chance to climb the table when they were held 2-2 at Coopers Stadium by Melbourne Victory.

“We have two away games we have to win because we didn’t take full advantage at home,” said Djite.