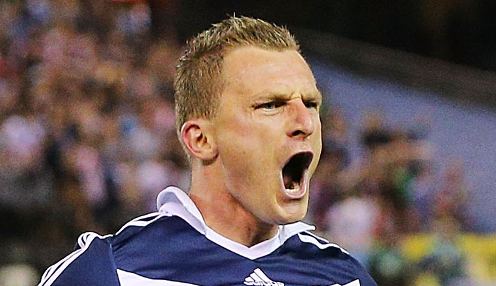 Melbourne Victory saw three moments of brilliance from Tunisian Fahid Ben Khalfallah guide them to a 3-0 win away to Western Sydney Wanderers.

Ben Khalfallah claimed a hat-trick of assists as Kevin Muscat’s side went top of the table on goal difference from Perth Glory.

Besart Berisha made it a three-way fight for the A-League Golden Boot award with a double to take him to 11 goals for the season, two behind leading scorer Marc Janko of Sydney FC.

For most of the first half we were outstanding and I don’t know how we came in 1-0 down.

Their fixture congestion is continuing to cause problems for Western Sydney, who were in action just two days after beating Melbourne City.

Tony Popovic’s team have played seven games in 20 days, and their defence lacked the sharpness to deal with Ben Khalfallah’s two through-balls in the second half that led to goals on the counter-attack.

Ben Khalfallah helped Berisha break a five-game drought with his first goal on 26 minutes, beating Sam Gallaway down the left and driving into the box before picking out the Albanian for a close-range headed finish.

Having assisted Berisha, the Tunisian created a goal for A-League record scorer Archie Thompson just after the hour mark with a superb pass with the outside of his right foot. The veteran striker took a touch to steady himself before burying his shot past Ante Covic for his 85th goal in the competition.

Eight minutes from time, Ben Khalfallah’s pinpoint pass over the defence saw Berisha beat Covic to the ball and knock it past him into an empty net from the edge of the area.

Wanderers were unlucky not to be on level terms at the break, with Victory keeper Nathan Coe making a superb double save.

Coe parried Yianni Perkatis’ close-range shot and recovered to get across and save Kerem Bulut’s follow-up with his right foot.

Melbourne Victory are 2.75 to win their next match against Adelaide United, who are 2.30 with the draw 3.40.

Popovic said: “We lost the game and we have to accept that but certainly for most of the first half we were outstanding and I don’t know how we came in 1-0 down.”