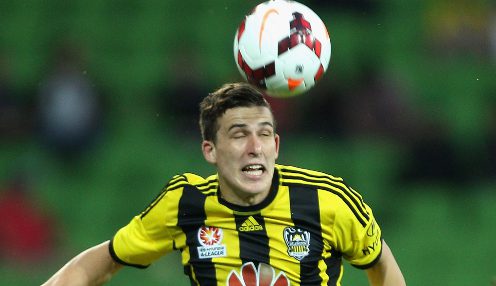 The right-back played 23 games last season with the A-League side, battling back after suffering recurring shoulder problems. Coach Ernie Merrick said the 22-year-old had earned his new deal, keeping him at the club until the end of the 2016/17 season, through his hard work.

“Louis is what I call a 100 per center, someone you always know will give you 100 per cent effort,” said Merrick. “If he isn’t having a great day technically he makes up for it with effort.”

Wellington are 11.00 to win the Grand Final.

Fenton has earned two All Whites caps and his club coach said he was confident he would remain an international player long-term. He named the defender as Wellington’s captain for the Hong Kong Sevens trip after the end of the season, where they reached the finals.

If he isn’t having a great day technically he makes up for it with effort.

The coach said Fenton had learned to look after himself better to reduce his tendency to get injured. The former Team Wellington player is currently captaining New Zealand U-23 at the Olympic Games qualifying tournament in Papua New Guinea.

He said: “I believe the shoulder injuries that were so frustrating are now behind me as I haven’t had any problems for nine months and they feel stronger than ever.”

Meanwhile, Australia youth international keeper Paul Izzo has moved from Adelaide United to Central Coast Mariners in search of first team action. The 20-year-old has been kept out of United’s side by the consistency of captain Eugene Galekovic, so has signed a two-year deal with the Mariners.

He said: “Seeing the past success they’ve had here with goalkeepers I thought it would be a great opportunity for me to grow as a player and even a person.”