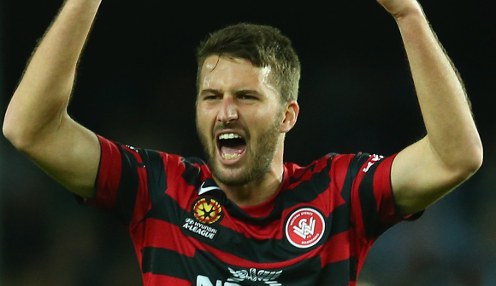 Defender Alex Grant is returning to Western Australia, after signing a one-year deal with Perth Glory.

The 21-year-old has spent the past five years in England, but has opted to move back to Perth in the search for first-team football.

He spent two years on a scholarship programme with Portsmouth, before joining Premier League side Stoke City in 2013.

Alex is a great young lad, with plenty of potential.

Grant was the final signing by Stoke’s former boss Tony Pulis, before Mark Hughes took over in charge of the Potters.

The Manchester-born player did not break into the first team at the Britannia Stadium, and was released at the end of last season. Stoke City are 2.00 to finish in the top half of the Premier League next season.

He said: “I’m really thrilled and excited to be heading back to Perth to play in the A-League and it’s only fitting that I do it in my home town. I’ve learnt a lot playing in England for the past five years but it’s time to change direction and push myself in the domestic league.”

Grant began his youth career at ECU Joondalup and then joined Football West’s NTC Program before heading to England in 2010.

He spent last season on loan with Conference side Macclesfield Town, where he played 25 games.

Perth coach Kenny Lowe has made Grant just his second recruit of the pre-season, following the signing of Anthony Golec from Western Sydney last month.

Nine players have left the club since their failure to make the finals, when they were suspended from the playoffs for breaching the salary cap. The Glory are 13.00 to win the 2015-16 Grand Final.

Lowe said: “Alex is a great young lad, with plenty of potential, he’s a natural left footer, is very flexible in that he can play a number of positions and that suits us for what we want.

“We are injecting new blood into this coming season and there’ll be a few more players to come.”