Glory days over for Woodcock 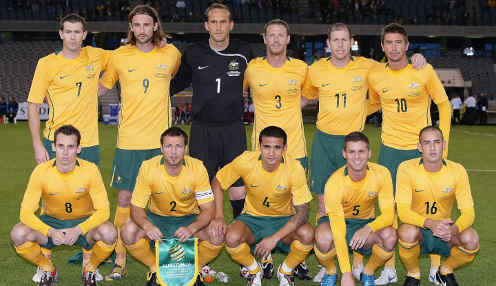 Young Socceroos skipper Riley Woodcock will link up with some international teammates after moving from Perth Glory to Sydney FC.

Woodcock only managed one first-team game for Kenny Lowe’s side last season, after playing 13 times in his debut season of 2013-14.

He had a number of offers before opting to switch to the Sky Blues, where he joins a number of other Australia U-20s stars. Sydney FC are 5.00 to win the 2015-16 Grand Final.

The left-back has played with the likes of Chris Naumoff, George Blackwood and Alex Gersbach at international level, as well as fellow new Sydney recruit Andrew Hoole.

Woodcock helped the Joeys reach the last 16 of the U-17 World Cup in 2011 and was a success at youth level for Perth, winning the club’s Young Player of the Year award in 2012-13.

The 20-year-old said he was thankful to get the opportunity to play under Sky Blues coach Graham Arnold.

“I’ve seen the opportunities Arnie gives to young players and I hope to show him I’m worthy of being given a chance,” he added.

“I know the club has big ambitious plans in the years ahead, particularly in Asia and that was a huge factor in me turning down other offers to sign for Sydney FC.”

Arnold, who guided Sydney to the Grand Final last season, said he was confident the young left-back would succeed at the club.

“Riley is another great prospect and a good addition for us,” he said. “He will provide competition for places and it’s a sign that we are building not only for next year but for the future of the club.”

Woodcock and Brandon O’Neill, who moved from the Glory to Sydney FC last month, will link up with their new teammates when pre-season training starts in mid-July.