Henrique to go under the knife 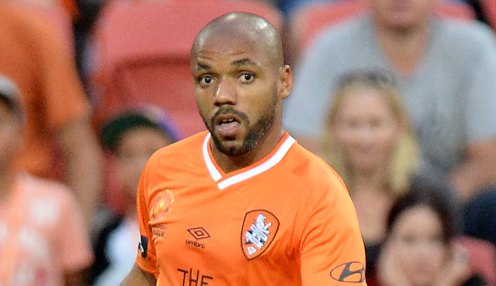 Brisbane Roar’s finals hopes have been hit by news that leading scorer Henrique will miss the rest of the season.

The Brazilian suffered a knee injury in last week’s Asian Champions League draw against Suwon Bluewings in Robina. The 29-year-old will have surgery later this week, and the club will only find out after that how long it will be before the winger will be available again.

Henrique has eight goals so far this season, including a hat-trick after coming on as a substitute in the Roar’s 4-0 thrashing of Newcastle Jets in November. His injury will be a massive blow to Brisbane, who are locked in a battle with Melbourne City for the last Finals Series spot.

Henrique joined the Roar, initially on loan, in 2009 and has played a massive part in the club winning two Grand Finals.

He netted a goal in extra-time, and the winning penalty, in the victory over Central Coast Mariners in 2011 and scored the winner last season when they saw off Western Sydney Wanderers to clinch the double of premiership and championship.

The Roar, who are 21.00 to win the Grand Final this season, face going into the most vital period of the season without two key players as marquee man Thomas Broich is still on the sidelines.

The German playmaker’s ankle injury has kept him out of the last two matches and he is a major doubt for Wednesday’s home game against Western Sydney.

A club spokesman said Broich was currently resting his injured ankle, adding: “He is receiving treatment and his fitness to play is being assessed on a game-by-game basis.”

On paper, Brisbane still have a big chance of reaching the Finals Series but that could all change in the space of four days. They take on Wanderers at Suncorp Stadium before travelling to face Melbourne City in a match that could decide their fate.

Frans Thijssen’s side are five points behind City in the chase for sixth spot, and will only have one game in hand after they host Wanderers, who they are 1.66 to beat.