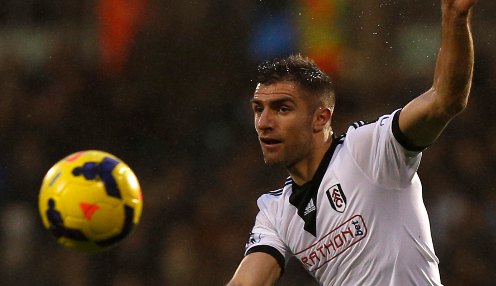 Coach John van ‘t Schip has brought the ex-Newcastle United and Fulham player in on a one-year deal, after he was released by Brighton.

Hopefully we can improve and go even further this year.

The club, who are 9.00 to win the Grand Final, have also brought in forwards Steve Kuzmanovski and Corey Gameiro, as well as securing former injury replacement signing Harry Novillo on a two-year contract.

Hughes played alongside former City midfielder Damien Duff at Fulham, and said his ex-teammate had recommended making the move.

“[He] spoke highly of not just the club but the people as well and said the whole experience was fantastic,” said Hughes.

“I just want to come in here and have a good season, be solid and contribute what I can to the team; hopefully we can improve and go even further this year.”

Hughes has played 96 times for Northern Ireland, making his international debut in 1998 and this year becoming the country’s most-capped outfield player. At club level he helped Fulham reach the 2010 Europa League final.

Van ‘t Schip said: “Aaron is an extremely experienced professional and is an excellent addition to our squad.

“He brings with him a vast amount of Premier League and international experience which will be of great benefit to the team and his qualities will greatly strengthen our defence.”

The Jets have the pair in on trial, with new coach Scott Miller – who still has eight spots to fill in his squad – running the rule over them this week.

Ramsay, who has played 127 A-League games, was released by Melbourne City at the end of last season.

Danning was let go by Brisbane Roar after playing 19 games for the club over two spells.