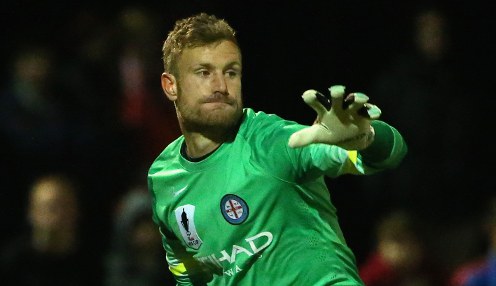 Goalkeeper Andrew Redmayne says the chance to work under former Socceroo Zeljko Kalac was one of the factors that persuaded him to move to Western Sydney Wanderers.

Redmayne has signed a two-year deal with the Asian Champions League holders, after leaving Melbourne City at the end of last season.

I’d love to win a championship with the Wanderers.

The man who won 54 caps for Australia and spent four years at AC Milan will be the mentor for keepers Redmayne and Dean Bouzanis at Wanderers next season.

Redmayne spent two seasons with both Central Coast and Brisbane Roar as second-choice keeper, finally establishing himself as the No.1 with City where he played 48 games in a three-year spell.

The 26-year-old’s signing was hailed by Wanderers chief executive John Tsatsimas, who said: “He has played at the top level and been in some very successful groups throughout his career and we are excited to start pre-season and get the best out of our players for the coming season.”

Redmayne is delighted to get the chance to work under Kalac and said he wanted to add to the team and to the success the club had achieved in their first three seasons.

“I’m looking forward to getting to Sydney and settling in, developing my game further and taking it to the next level under ‘Spider’, who was a big draw card in coming to the club,” he added.

“I’d love to win a championship with the Wanderers, I was fortunate to win a couple during my time in Brisbane and there is no better feeling and I want that again for this club and for Western Sydney.”