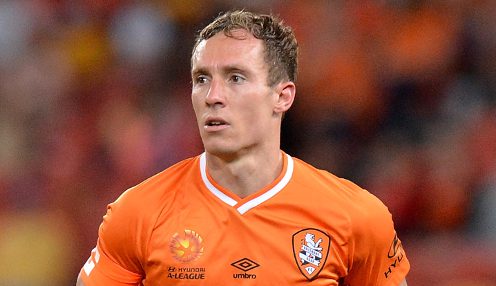 The Roar gained revenge for Beijing’s 1-0 win in Queensland in their opening Group G game, and became the first team to beat the Chinese side at home since last August.

The defending A-League champions, though, received bad news from Japan as Suwon Bluewings scored a last-minute goal to beat Urawa Red Diamonds 2-1 and secure one of the qualification spots.

It means Brisbane’s chances of going through to the Round of 16 hinge on them winning their last group game at home to Urawa in a fortnight while hoping Suwon defeat Beijing Guoan in South Korea.

Frans Thijssen’s side will also need a four-goal swing in their favour, and there is the chance that second spot in the group will be decided by a tiebreaker over which team has the best disciplinary record.

Given Beijing’s formidable home record and the fact they travelled to China on the back of two consecutive home defeats to Melbourne Victory, the Roar’s win in front of 35,000 fans at Workers’s Stadium must rank as their best of the season.

They secured the points courtesy of a goal from Andrija Kaludjerovic on his return to his former club.

The striker ran onto a pass from Devante Clut that beat the offside trap and kept his nerve with a precise finish past keeper Yang Zhi.

The home side went close early on, when Erton Fejzullahu headed wide from Li Yunqiu’s cross.

They were denied on the hour mark when keeper Jamie Young made a good save to keep out a Pablo Batalla free-kick that was heading for the top corner.

Brisbane, who are 21.00 to win the A-League Grand Final, also had their chances, Brandon Borrello lashing high and wide after Matt McKay’s pass was deflected into his path and Clut going close.