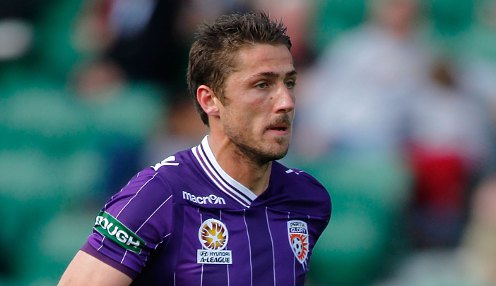 Perth Glory have faltered recently but remain in the hunt for A-League success.

Perth, who are 7.00 to win the Grand Final, contrived to throw away their advantage at the top of the table as they went nine games without a win from 5th January.

But having finally stopped the rot once they were displaced as leaders, with back-to-back victories over the league’s bottom two teams, the Western Australian side are very much back in the hunt for what would be their first A-League Premiership.

Their 2-0 victory at Newcastle Jets at the weekend brought them level on points with top side Melbourne Victory. Though Victory have a game in hand, Perth couldn’t have hoped for a better run-in in their final three matches.

Lowe’s side have successive home games against Sydney FC and Melbourne City before finishing the regular season with a trip to struggling Western Sydney.

“We’ve got a great chance to win this. We’ve actually said that, why can’t we do that?” said the Glory coach. “Everyone’s written us off all year; no-one’s really given us total respect but we’re still there with three games to go.”

Lowe, whose side occupied top spot for 15 consecutive weeks from round five, added: “It’s probably a shock to everyone that we’re still in it. It’ll be even bigger shock if we win it.

“But ultimately it’s not about tactics or systems, it’s about the people we’ve got in our football club. They’re good people at the moment, they’re really turning up to play…long may it continue.”

Perth had lost three of their previous four home games before they edged Western Sydney 3-2 at nib Stadium last month. Prior to that, though, they had been dominant in front of their own fans with six straight victories.