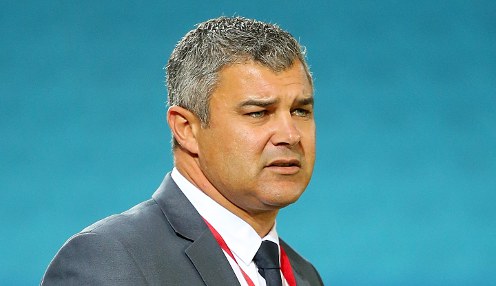 Tony Walmsley has been confirmed as Central Coast Mariners’ coach for next season.

The Gosford club said in a statement on Tuesday that Walmsley, owner Mike Charlesworth and executive vice-chairman Peter Storrie had “scaled the globe” over the past six weeks for a suitable head coach.

In the end the Mariners have overlooked the domestic and international applicants for the job and turned to the man who has been in interim charge since Phil Moss was sacked on 6th March.

There were strong rumours leading up to the Round 24 game against Brisbane Roar, who are 15.00 to win the Grand Final, that Walmsley was about to be confirmed in the job. After the Mariners were thrashed 6-1 at Suncorp Stadium, though, no announcement was forthcoming.

Walmsley hinted on Saturday after securing his first win in charge, a 2-1 success against bottom side Western Sydney Wanderers, that he could stay on in the job.

And that was confirmed when the Mariners announced he would coach the team next season as well as occupy the role of technical director which first brought him to the club two weeks before Moss was axed.

The Mariners said in a statement that senior management had wanted a candidate who would guarantee attacking, free flowing and entertaining football.

Charlesworth said: “With such a small population base over a large geographical area we need to do something special next season to attract new fans and bring some of the old ones back.

“Without fear of failure we simply have to innovate and entertain and I believe Tony has both the understanding of this task and the experience to see this challenge through successfully.”

Storrie said Walmsley, who has picked up four points in his five games in charge, had international experience in youth development and a passion to entertain.

Walmsley said when Storrie asked him to consider taking on the job he had needed to weigh up the opportunity carefully. He added: “It is an honour to be invited to take on the role, but I needed to be clear about my commitment to success, identify what success looks like and how I can make a difference.”

Central Coast are 5.00 to win their next match against Wellington Phoenix, who are 1.66 with the draw 3.80.