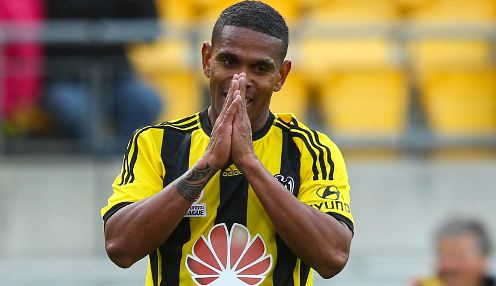 Cunningham has only made one start all season, having been pushed down the pecking order by the arrivals of Nathan Burns, Michael McGlinchey and Joel Griffiths.

Kenny brings an energy to the forward line when he comes on.

But the man who notched seven goals in 21 starts last season – often playing out of position in midfield – showed his continued worth to the side when he came off the bench in the come-from-behind success against the Mariners.

In his 14th substitute appearance of the campaign, he scored a double that earned Wellington what could be a vital three points.

It means the Phoenix will finish in the top two, and secure a home semi-final, if they beat Sydney FC at Westpac Stadium next Sunday.

“Kenny brings an energy to the forward line when he comes on,” said Merrick. “It seems that when he starts a game it’s not the same intensity that he produces.

“It’s good to know that I’ve got him there, to do that sort of thing; every game he’s come on he’s threatened. His best runs are in behind, rather than to feet and it’s a credit to him that he scored two goals.”

The Phoenix have home advantage against Sydney in their final regular season match, but the Sky Blues won’t be too unhappy about that – they have won nine of their 13 games away from home and drawn the other four.

Skipper Andrew Durante said it was exciting for the fans, and for the league, that there was so much riding on the final round fixture.

“It’s never come down to the wire like this before in the A-League and it’s great to be at the pointy end of the table,” he said.

“The boys are excited, we gave ourselves every chance to finish as high as possible with a win and all we can do is win next week and see what happens with the rest of the teams.”