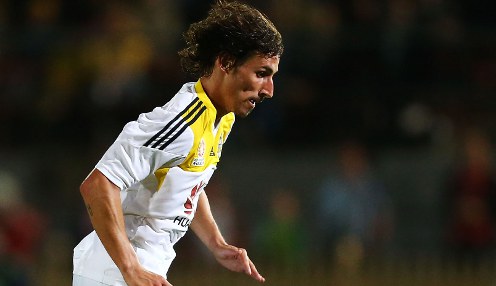 Wellington Phoenix coach Ernie Merrick hopes his team can cope without midfield general Albert Riera better than they did a year ago.

The New Zealand side struggled badly without the Spaniard at the end of last season, picking up just two points from their final seven matches to finish level on points with bottom club Melbourne Heart.

It’s a different story this time around as Merrick’s side are top of the A-League, and he believes they are strong enough to cope with Riera’s absence through suspension in Saturday’s home clash with Melbourne Victory.

The coach feels it is a “good time” to play without Riera. He explained: “We had trouble last year, the last six games we really struggled to win a game without Albert, there was no protection for the centre backs, so this is the ideal time to see if we can cover that. And I think we have good players for those positions.”

Veteran Vince Lia is also out of the Victory match with a minor hamstring tear, so imports Roly Bonevacia and Alex Rodriguez are likely to come fill the defensive midfield roles usually occupied by the duo.

Wellington had half their regular team unavailable for last Sunday’s 3-0 home defeat to Sydney FC but they get their international players back at Westpac Stadium.

Leading scorer Nathan Burns will return to lead the attack while Michael McGlinchey will boost the Phoenix midfield.
The Victory match is their biggest of the season to date, as Kevin Muscat’s side are second in the table just a point behind Wellington with a game in hand.

Speaking of the defeat to Sydney, Merrick said: “I don’t think anyone had a good game and I don’t think I prepared the boys as well as I should have. That gives me the chance to re-evaluate and try out different players in different positions.”