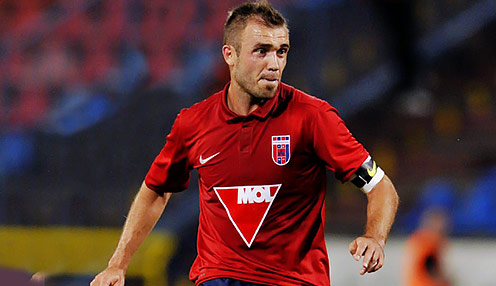 Perth Glory have bolstered their midfield ahead of the new season by signing Hungary international Gyorgy Sandor.

Coach Kenny Lowe has handed the 31-year-old, who skippered Videoton to this year’s domestic championship, a two-year deal.

He arrived in Perth at the start of the week and passed his medical on Thursday to complete the move.

The A-League is a competition that’s growing fast in reputation in Europe.

Sandor had captained Videoton for more than three seasons, and has played nine times for his country.

The Glory, who led the A-League for most of last season before being suspended from the finals for breaching the salary cap, have been overhauling their squad under coach Kenny Lowe.

The Ukraine-born playmaker has spent almost all his career in Europe, apart from a six-month loan spell with Al-Ittihad in 2013 where he was part of a team that won the King Cup of Champions.

He said: “I am looking forward to being part of a team that I know will be pushing for finals this season.

“The A-League is a competition that’s growing fast in reputation in Europe and I have been keen to see what the hype is about and it would be fantastic for Perth Glory to be part of that excitement this season.”

Lowe said Sandor was a proven leader and winner, whose quality was reflected in his international appearances.

“He will bolster the team in the middle of the park and his quality and experience will hopefully allow the team to control games,” added the coach.