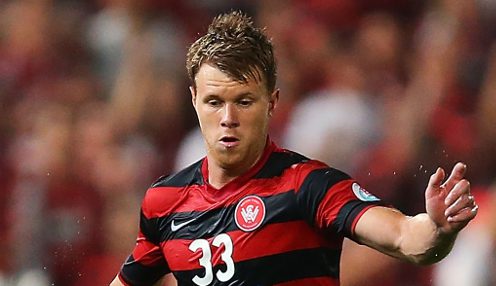 Defender Daniel Mullen has cited coach Phil Stubbins as the main reason behind his decision to sign a new two-year contract with Newcastle Jets.

The 25-year-old one-cap Socceroo was brought in by the Jets in January’s transfer window, having been released by Western Sydney Wanderers. He arrived in the aftermath of the power struggle that saw Newcastle release five players and three coaches on the same day.

If I wasn’t happy with the current coaching personnel and structure then I wouldn’t have signed.

Stubbins strengthened his hold on the coach’s job, with the backing of club owner Nathan Tinkler, by bringing in a new group of players including former Adelaide United man Mullen.

The defender will now get the chance to team up again with Nigel Boogaard, who he played with at Adelaide and who will join the Jets at the end of this season.

Mullen said: “If I wasn’t happy with the current coaching personnel and structure then I wouldn’t have signed, so that speaks for itself. I am confident with the team that they are putting together, and feel we can be a real threat next season.”

The chance of playing alongside Boogaard was another incentive for him to stay with the Jets, Mullen admitted.

The pair were together for a couple of seasons at Coopers Stadium and Mullen said Boogaard’s signing showed the positive mindset of the Jets.

Meanwhile, Stubbins felt there were plenty of positives from his side’s 4-3 defeat to Sydney FC at Hunter Stadium.

The Jets took a 1-0 half-time lead through Enver Alivodic, and after going 3-1 down they staged a rally to draw level via an Edson Montano goal and a penalty from Andrew Hoole.

“There’s certainly a lot to be proud of there,” said Stubbins. “To get it back to 3-3 and to make it anyone’s game against a class outfit, it’s a credit to all of the players in there.”