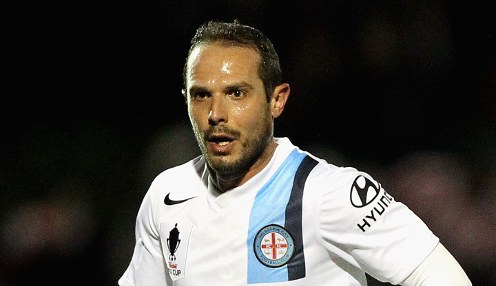 Massimo Murdocca believes Melbourne City can have an impact on the A-League Finals.

Massimo Murdocca says Melbourne City have raised the bar on their expectations as they look to secure a Finals Series spot.

No game has been as important for them this season as last weekend’s 1-0 home win over Brisbane Roar, as it has gone a long way to settling the outcome of sixth spot in the A-League.

Jonatan Germano’s early goal at AAMI Park not only grabbed the win in the six-pointer but also sealed a third straight victory.

The last few weeks had made it clear that the last Finals Series spot would be between City and Brisbane, with Central Coast’s challenge fading.

The two sides’ meeting in Melbourne left the Roar eight points behind City with just one game in hand, and now midfielder Murdocca says John van ‘t Schip’s side – who are 13.00 to win the Grand Final – are starting to look ahead to what they can achieve in the finals.

“We don’t just want to be that team that goes out in the first round and everyone thinks we just scraped in,” he said.

“We want to make a difference when we get there; we want people to be afraid of us, and for that to happen we have to start playing good football regularly.”

Though City’s run-in to the end of the regular season is a tough one, Murdocca feels the fact that they play three of the top five will be a benefit.

After Friday’s trip to Western Sydney Wanderers they take on Wellington Phoenix at home, before finishing with trips to Perth Glory and Adelaide United.

“It’s a good curtain raiser I think, if we do make it, to play these teams,” said Murdocca. “It’s so important to be prepared and hopefully that’s what it takes to be ready, to have a bit of a test run to see how we do stack up against these guys.”