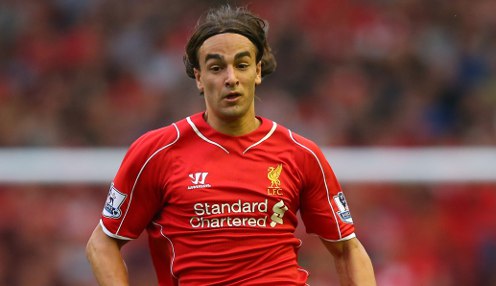 Socceroos Matt McKay and Luke DeVere will miss out on Brisbane Roar’s prestige friendly against Liverpool on Friday.

DeVere has had surgery on a torn quadriceps muscle in his left thigh, having been injured in Brisbane’s clash with Spanish side Villarreal last month.

Skipper McKay won’t be considered for the showpiece against the Reds as coach John Aloisi doesn’t feel he’s match-fit.

McKay only returned to training this week after having an off-season break following Australia’s 2-1 win over Kyrgyzstan last month.

Aloisi is disappointed for both players, particularly McKay as the midfielder – winner of two championship medals with the club – had been keen to play.

This is a game every player will remember for the rest of the careers.

“The doctors are very pleased with Luke’s operation and he will begin rehab in a few weeks. We will have a better idea then how much longer he will be on the sidelines,” said the coach.

Speaking of McKay, Aloisi added: “With just a couple of days training under his belt since his time off, our coaching and medical staff agreed that it was not worth the risk for him to play at this very early stage of his pre-season training.”

The Roar, who are 8.00 to win the A-League Grand Final, will also be without veteran keeper Michael Theo who had an operation six weeks ago to remove a metal plate from his wrist. Theo broke his wrist in pre-season last year and didn’t return to action until February.

Jamie Maclaren will play his first game for Brisbane since his off-season move from Perth Glory, while midfielder Devante Clut will be hoping to back up his two-goal showing in the 3-0 win against Villarreal.

Aloisi said: “This is a game every player will remember for the rest of the careers. I know every Roar player who gets a chance to be on the same field as Liverpool will make the most of such a wonderful opportunity.”