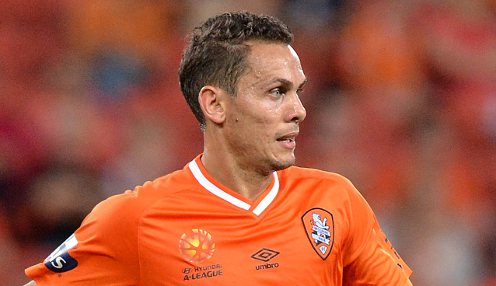 Defender Jade North is set to miss Brisbane Roar’s A-League elimination final away to Adelaide United after undergoing surgery to remove his appendix.

It adds to the Roar’s defensive problems, with the reigning champions already having first-choice defenders Luke DeVere and Shane Stefanutto ruled out for the rest of the season.

DeVere is out with a quad injury and Stefanutto has a calf problem, and interim coach Frans Thijssen is likely to have to go with Daniel Bowles and James Donachie as his central defensive pairing against United at Adelaide Oval on Friday.

The absence of North, who played in their Grand Final win over Western Sydney Wanderers last year, is a major blow to Brisbane, who are 20/1 to win the Grand Final.

Thijssen’s side were already struggling for form, having lost twice in four days at home to Melbourne Victory before rounding off the regular season with a 2-1 win against wooden spooners Newcastle Jets.

Brisbane have lost five of their last eight games and only made the Finals Series because Perth Glory were banned for breaching the salary cap.

Skipper Matt McKay, though, says the team are confident of making life tough for United.

“We’ve got to go there and be positive, like we are every game,” said McKay. “We’re out to win. We’ll have the right attitude and the right game plan and if we stick to that game plan and execute, I don’t see why we shouldn’t progress.”

History is on Brisbane’s side – they have won on their past six visits to Adelaide, though those games were at Coopers Stadium and the Reds have switched the elimination final to Adelaide Oval.

United will be without defender Michael Marrone, who is suspended after being sent off in the 4-1 win over Melbourne City at the weekend.