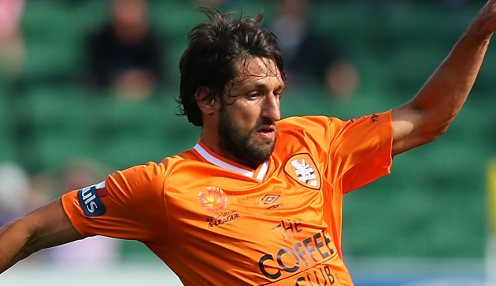 The Roar, who won the premiership last year by a 10-point margin, will finish at least 16 points off top spot this season despite winning their final game 2-1 at home to Newcastle Jets.

Considering they lost five of their first six games, though, making the Finals Series is a credit to a Brisbane squad much changed since they won the double last season.

“I think everybody’s confident that we can do well in the play off,” said Thijssen, whose side are 21.00 to win the Grand Final.

“The only thing I’m interested in this season to win something with those boys because they deserve something out of this season. I hope they win a prize and we go for it.”

The fact that the Roar have only made the finals due to Perth Glory being banned isn’t a concern for Thijssen’s side, and they made sure of going into their elimination final with a confidence-boosting victory.

It took persistence and guile to score twice past outstanding Jets keeper Ben Kennedy, who pulled off a string of excellent saves.

The home side had 23 shots in the game but did not break the deadlock until 19 minutes from time, when Jean Carlos Solorzano’s cross-shot was turned in at the far post by Kofi Danning.

Newcastle, desperate for the win that would keep alive their hopes of avoiding the wooden spoon, levelled six minutes later. Enver Alivodic’s deep cross saw substitute Travis Cooper climb to head down for Edson Montano to fire between the legs of Jamie Young.

It took a goalmouth scramble for Brisbane to secure the points, with 20-year-old defender Lachlan Jackson netting his first A-League goal. Steve Lustica and Shannon Brady both had efforts blocked before Jackson forced the ball home from close range.