Sainsbury back for Socceroos 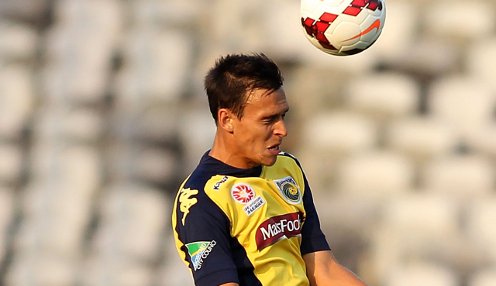 Central defender Trent Sainsbury is set for a return to the Australia side when they take on FYR Macedonia in Skopje.

The 23-year-old will earn his 11th Socceroos cap after missing the midweek 2-2 draw with Germany with a hamstring problem.

Coach Ange Postecoglou will avoid making wholesale changes to his starting side, despite his desire to continue testing the players he has in camp during the two-game trip to Europe ahead of their 2018 World Cup qualifiers in June.

PEC Zwolle defender Sainsbury is one of at least three likely changes, with Postecoglou also set to hand Massimo Luongo a start.

Goalkeeper Mat Ryan will also drop out of the side as the coach prepares to use Mitch Langerak and Adam Federici for a half each.

Postecoglou said provided Sainsbury and Luongo, whose groin problem kept him out of the game against Germany, were cleared to play they would start.

He added: “I don’t want to disrupt things too much and I think it’s unfair when you just change the whole team for the guys who played against Germany.

“There’s got to be some sort of fluency there now, so we’ll make some changes but not the whole team. We’ll certainly keep the core of the group that played against Germany.”

The Socceroos coach said Ryan had done well but he wanted to use the friendly games to give experience to his other keepers. Lazio rookie Chris Ikonomidis could also get some game time.

Sainsbury said: “We approach Macedonia the same way we approached Germany. We are in their backyard and give them all the respect in the world. You never know what’s going to happen.”