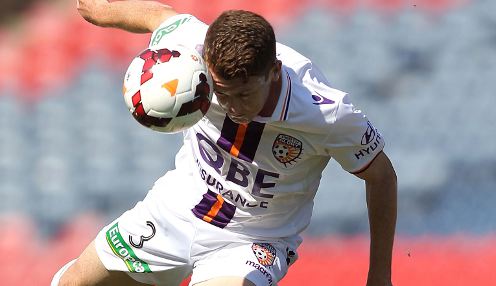 The Sky Blues have brought in O’Neill on a two-year deal, becoming the second player coach Graham Arnold has signed for the 2015-16 campaign.

The 21-year-old parted company with Perth Glory in March, revealing that he wanted to pursue other opportunities. He had played 16 games for the Glory, his last appearance coming in a 3-1 defeat to Sydney at nib Stadium in February.

To progress in my own career I believe Sydney FC is the club for me.

O’Neill could come into contention for the game against Tottenham Hotspur at ANZ Stadium on Saturday. Sydney FC are 6.50 to beat Tottenham, who are 1.40 with the draw 4.50.

Arnold said: “Brandon is a great young prospect. I’m looking forward to working with him and developing him as a footballer during his time with Sydney FC.”

“To progress in my own career I believe Sydney FC is the club for me.”

The Sky Blues’ other signing for next season is Andrew Hoole, who agreed a move from Newcastle Jets in April. They remain hopeful of retaining star midfielder Dimitrijevic, whose contract with the club will expire at the weekend.

Sydney, who are 5.00 to win the Grand Final, have made an improved offer to the 31-year-old Serbian, but he has also attracted interest from rival A-League clubs.

Dimitrijevic became the first player in the club’s history to win all three of the highest individual awards in a season at the club’s awards night.