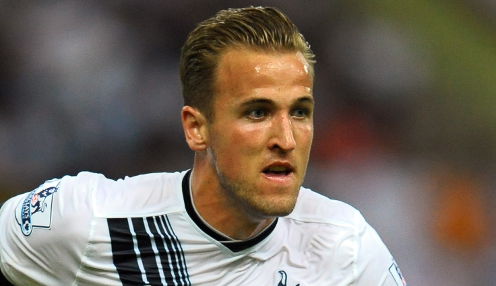 Harry Kane scored for Spurs in the win over Sydney.

Sydney FC coach Graham Arnold hopes Tottenham’s trip Down Under will pave the way for an on-going relationship between the two clubs.

Spurs beat the Sky Blues 1-0 thanks to Harry Kane’s first half goal in front of more than 70,000 spectators at ANZ Stadium.

The disappointment at losing the A-League Grand Final to Melbourne Victory a fortnight earlier has given way to Sydney building towards next season and beyond.

They now face Premier League champions Chelsea in front of a sold-out crowd on Tuesday, and Arnold says his team are gaining valuable experience from coming up against top-class English opposition.

You’re talking about one of the best coaches in Europe.

There was only one goal between the teams, but the Sky Blues coach admitted he felt Spurs had “four or five” extra gears in them.

Arnold said he had been in constant dialogue with Tottenham boss Mauricio Pochettino during their stay in Sydney.

He added: “It’s about building relationships. Hopefully there’s an opportunity for Sydney FC, our coaching staff to go over and see what they do and to learn…some professional development.

“You’re talking about one of the best coaches in Europe and the staff that he’s got and the amount of young boys they bring through it would be a great opportunity for us.”

Arnold said he was extremely proud of his players, particularly as he had given an opportunity to several youngsters in the match to give them experience without pressure in front of a big crowd.

“I thought they handled [the occasion] perfectly and it’s something for them to build on for next year,” he added. “If you can handle those types of situations and you’re only 17, 18 against those types of quality players and do well it holds you in good stead for the future.”

The Sky Blues will be boosted by the return of defender Jacques Faty for the game against Chelsea.