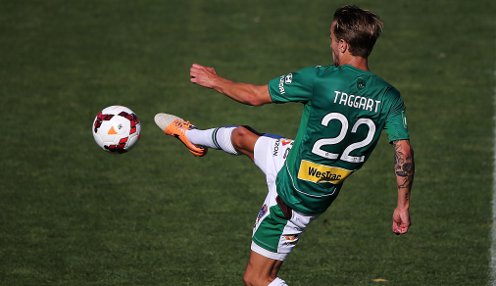 Former Newcastle Jets striker Adam Taggart believes Scott Miller will be a good fit for the A-League club, after being appointed as coach on Thursday.

Miller may be the youngest person ever to hold a head coaching job in the competition, at 33, but Taggart believes he has proved himself during his time with Fulham.

Newcastle will be a good fit for him.

Taggart, who won the Golden Boot as the A-League’s top scorer in 2013-14, left the Jets to join the Cottagers at the end of that campaign.

He got to know Miller at the English Championship club and feels he has the man management skills and maturity to succeed with Newcastle, who are 26.00 to win the Grand Final – with Melbourne Victory 3.75 and Adelaide United 7.00.

“I think at Newcastle he’ll have the respect of the players and that’s the most important thing to be able to get his messages and an understanding of what he wants across.”

Miller will have Jean-Paul de Marigny as his assistant at Hunter Stadium and he will not only bring experience but knowledge of the club to the role – De Marigny was Richard Money’s assistant in 2005-06 when the Jets finished fourth.

Taggart said of Miller: “Newcastle will be a good fit for him. He’s got a lot to do in this off-season in terms of player recruitment, but with his understanding of the game I wouldn’t question him.”

The Jets have plenty of spots to fill on their roster for next season, having parted company with seven players since finishing bottom of the table in 2014-15.