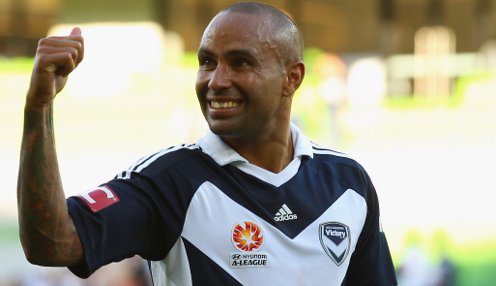 Archie Thompson feels he has prepared himself well mentally, even if Sunday’s Grand Final turns out to be his last game for Melbourne Victory.

Thompson, the A-League’s all-time record scorer, is coming out of contract and accepts his glittering Victory career could be up.

Central Coast Mariners skipper John Hutchinson hung up his boots at the end of the regular season leaving Thompson as the only current player to have racked up more than 200 appearances with the same club.

One way or another, Thompson will continue his pursuit of Hutchinson’s overall A-League record of 228 next season – the Grand Final will be the striker’s 210th.

But while the 36-year-old is convinced he wants to play on next year, he has indicated he may not be able to reach an agreement to stay at Victory, who are 1.66 to lift the trophy.

Ahead of the Grand Final, he’s made it clear he won’t accept a big pay cut to stay.

“I spoke to Musky four months ago and I said ‘where does my future lie?'” Thompson revealed.

Thompson has started just 16 of 28 games this season, with Muscat preferring to combine Kosta Barbarouses, Fahid Ben Khalfallah and Besart Berisha up front.

“I don’t warrant a big drop in pay because I’m still performing,” said the striker, who has scored 11 times so far this campaign. “Whether (I continue playing) here or whether it be somewhere else, we’ll have to wait and see.”