Wanderers off the bottom 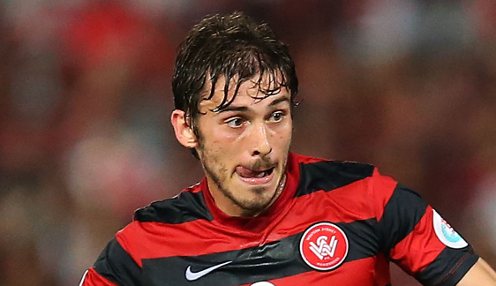 Western Sydney Wanderers moved off the bottom of the A-League table with a come-from-behind 3-2 victory over Melbourne City.

It was Wanderers’ first home win of the season, and only their second of the campaign, with Nikita Rukavytsya grabbing all three points via an injury-time volley.

City led twice at Pirtek Stadium but two errors from Connor Chapman in the final 12 minutes proved costly for the visitors.

First Chapman pushed over Tomi Juric in the area to concede a penalty that Juric struck beyond the dive of Tando Velaphi.

Then several minutes later he had a rush of blood to the head and made contact with referee Strebre Delovski, resulting in a straight red card and putting City under the cosh.

Western Sydney took advantage of the extra man when they strung together a flowing attack two minutes into added time which ended with a cross beyond the far post to where Rukavytsya sent a first-time shot into the net.

It was tough luck on Velaphi, who had produced a string of excellent saves, and Aaron Mooy who scored the second of City’s goals and was the game’s best player.

His free-kick 19 minutes from time put the visitors back in front at 2-1, as the in-swinging ball left keeper Dean Bouzanis in no-man’s land expecting someone to get a touch.

Western Sydney are 3.40 to win their next match against Melbourne Victory, who are 2.10 with the draw 3.40.

City hit the woodwork twice in the first half, either side of Safuwan Baharudin’s goal that put them in front on 28 minutes. Mooy’s dangerous cross saw Patrick Kisnorbo’s header blocked on the line by Yojiro Takahagi, but Baharudin was on hand to head home from close range.