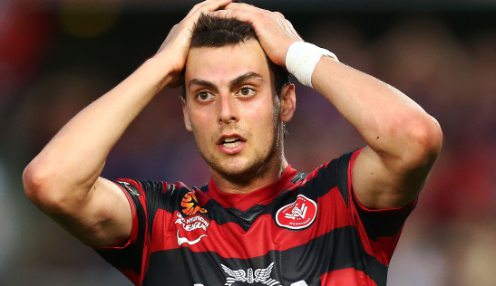 Spiranovic is definitely out, as the hamstring injury he picked up in Wednesday’s Asian Champions League draw away to FC Seoul will keep him on the sidelines for three weeks. He has been replaced in the squad by Bailey Wright of Preston North end.

Juric was forced to withdraw from the starting line-up in Korea after suffering a groin strain.

We have people excited about the team again and it’s our responsibility to make sure that we continue to push forward.

The injury kept him out of Saturday’s home defeat to Newcastle Jets, but though Wanderers coach Tony Popovic doubts he will be fit for the trip, the final decision will be made by the Socceroos.

Both Wanderers stars played in Australia’s Asian Cup final victory, Spiranovic starting the match and Juric coming on for Tim Cahill after 63 minutes.

Success in the tournament means the Socceroos fly out for their two friendly matches in a much better position than last year when they won just one game.

Their first match, against Germany in Kaiserslautern on Wednesday (local time) will pit the world champions against the Asian champions who are 13.00 to win the game.

It’s a less scary proposition than it would have been before their recent success, given that Australia were thrashed 6-0 by Brazil in late 2013 and Germany trounced the Brazilians 7-1 in last year’s World Cup semi-finals.

Coach Ange Postecoglou says since the Asian Cup the coaches have had a review of the tournament to make sure they didn’t miss any gaps in the way they had done things.

He added: “We’ve now got a good understanding of what worked and what didn’t really work and we know where we are all going. We have people excited about the team again and it’s our responsibility to make sure that we continue to push forward.

“The success they have had is really is great for their careers, but it doesn’t guarantee anything moving forward. It is their performances from here on and their ability to push to another level which will dictate whether they are involved or not.”

The Socceroos face Macedonia in Skopje five days after taking on Germany, with the hosts 2.60 to win the game.

Postecoglou said: “Every friendly game we have will be an opportunity for us to test ourselves, find out where we are at, maybe try a few things because that served us well leading up to the Asian Cup as we were not afraid to make some decisions.”