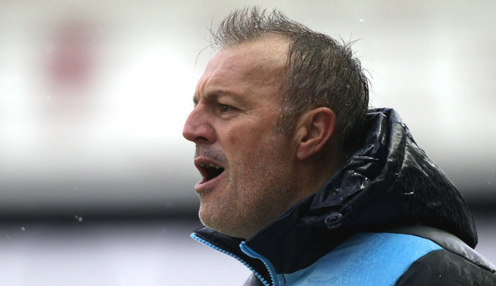 Massimo Cellino has suggested that Neil Redfearn’s days at Leeds may be numbered after the club’s owner was granted permission to return to United’s board.

A statement has said that the Italian has taken up the role of chairman with immediate effect after passing the Football League’s Owners’ and Directors’ Test.

Cellino was banned from being involved with the club until the end of the season after being found guilty of tax evasion in Italy.

I need to decide whether Neil is best for the club and can lead us back to the Premier League.

Redfearn’s contract expires this summer and Cellino has admitted that he is uncertain what to do next after another disappointing campaign for the club which reached the Champions League semi-finals 14 years ago.

“I need to decide whether Neil is best for the club and can lead us back to the Premier League,” said Cellino.

“I am in love with Neil and I don’t want to talk to anyone else about the job. I made sure he had a clause guaranteeing he would pick the team because I don’t want a coach I control.”

Redfearn was named Leeds’ permanent manager just over six months ago after Cellino had axed both David Hockaday and Darko Milanic.

Meanwhile, Middlesbrough are 3.40 to be promoted from the Championship this season and Norwich City can be backed at 2.75.