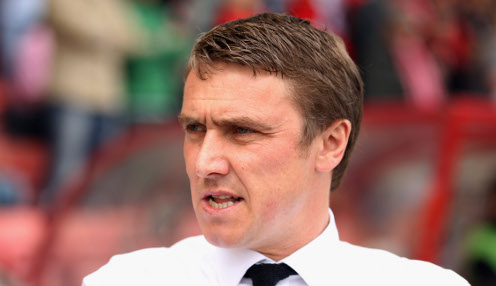 Lee Clark is determined to avoid the tag of being the worst Championship side ever after his Blackpool side’s relegation was confirmed on Easter Monday.

The Seasiders need four more points from their six remaining games to beat Stockport County’s all-time low record of 26 points which was set in the 2001/02 season.

Blackpool were relegated from the Championship when Rotherham United beat Brighton 1-0, a result that left them 19 points adrift of the Millers and Fulham with only 18 up for grabs.

I’d be lying if I didn’t say the job has been tougher than I thought.

Blackpool were relegated from the Premier League in 2011 but have been at the bottom of the Championship table since October and have won only four games all season.

“We want to finish the season on a relative high and make sure we win some games,” said former Huddersfield Town and Birmingham City boss Clark.

“We all have to get out of this mentality of losing games, which is a big problem around this club at the moment.

“I’d be lying if I didn’t say the job has been tougher than I thought. I knew the team were bottom of the table and struggling, but I was probably met with other things you don’t see when you come in from the outside.

“I’m the manager of the club, though, and I’m not pleased we are going down.”