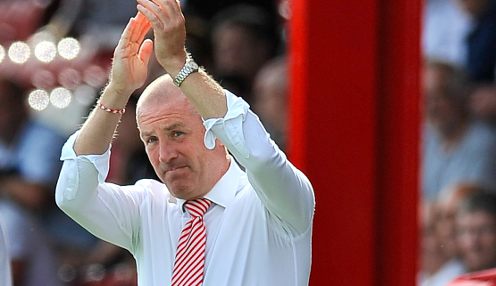 Brentford boss Mark Warburton has praised his players for their spirit and focus throughout the season, after they secured a place in the Championship play-offs.

The Bees ensured a top-six finish and a play-off semi-final against Middlesbrough by beating already relegated Wigan Athletic 3-0 on the final day of the normal season.

All we can do is take the club as far as we can.

And Warburton was a happy man, despite knowing that he will not be in charge of the Bees next season, even if they are promoted to the Premier League.

He told reporters:”We always said where can we be by May 2nd and here we are in fifth. To play that way and for results to go our way is very pleasing.

“We spoke to players on June 25th, the first day of pre-season training and told them we had no doubt where we could go and they’ve achieved it.”

Brentford can now be backed at 2.20 to reach the play-off final and are 4.50 to gain promotion, with Norwich City, who face Ipswich Town in the other semi-final, 2.75.

Meanwhile, Warburton also confirmed that he will definitely not be in charge next season, having been told that the club were making a change a couple of months ago.

He told talkSPORT: “The owner and the board have made the decision, they’ve put significant funds into the club and it’s in good hands. It is frustrating, but all we can do is take the club as far as we can.”