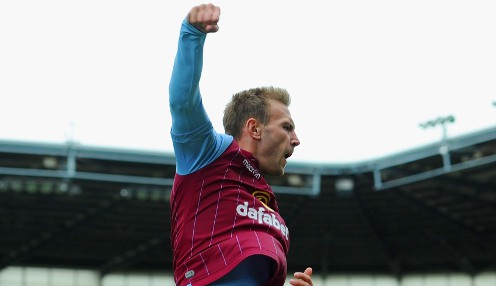 Derby County head coach Paul Clement is pleased to have made Aston Villa striker Andreas Weimann his fourth signing of the summer.

The Austria international has joined the Rams for an undisclosed transfer fee, believed to be in the region of £2million, after spending the last eight years at Villa Park.

Weimann made his Premier League debut in August 2010 and went on to score 24 goals in 129 appearances for Villa.

Andreas is an exciting talent and he will be a positive addition to the squad.

However, he has been deemed surplus to requirements by Villa boss Tim Sherwood, who guided the club to the FA Cup final last season after succeeding Paul Lambert.

Clement, who has also signed Darren Bent, Alex Pearce and Scott Carson since the end of last season, when the Rams faded in the closing weeks and missed out on a play-off spot, said of Weimann: “He has a good amount of top-flight experience to his name and, at the age of 23, he still has a lot of potential.

“Andreas is an exciting talent and he will be a positive addition to the squad.”

Derby are 3.25 to be promoted from the Championship in the 2015/16 season and 2.37 to win their opening game of the campaign on 8th August at Bolton Wanderers.