End of the road for veteran Dunn 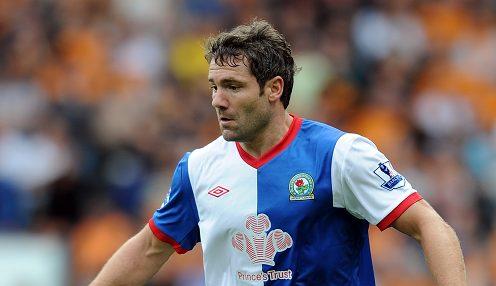 David Dunn, who won one cap for England, has confirmed that he will be leaving Blackburn Rovers at the end of the season.

The 37-year-old midfielder scored 59 goals in 377 appearances during his two spells at Ewood Park and will leave the club for a second time almost 17 years after making his debut for the club.

Dunn made his one England appearance, against Portugal in September 2002, and he joined Birmingham City in 2003 before returning to Rovers four years later.

All good things come to an end, or so they say.

He said: “All good things come to an end, or so they say.

“Having first arrived at Ewood as an eight-year-old with the usual boyhood dreams, I am proud to say that what unfolded in the 27 years thereafter has been something of which I am exceptionally proud.

“I have lived the dream of playing for my home town club, during which time to be capped by my country, while wearing the blue-and-white halves, transcended even the wildest of those dreams.”

Blackburn are set to finish in a mid-table spot in the Championship but also reached the quarter-finals of the FA Cup before being beaten by Liverpool after a replay.

Rovers finish the season with a game against Ipswich Town on Saturday and are 3.40 to beat Mick McCarthy’s side, who are 5.50 to be promoted.