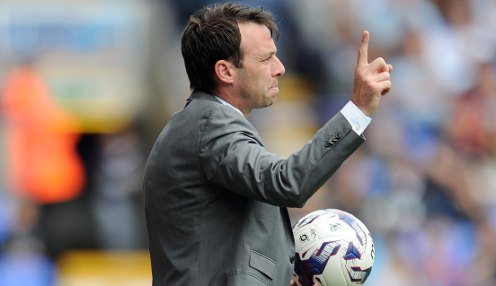 Dougie Freedman is looking forward to having the chance to guide Nottingham Forest back to the Premier League after penning a two-year contract extension with the club.

The former Crystal Palace and Bolton Wanderers boss signed a short-term deal at The City Ground when he replaced Stuart Pearce in February.

Although he has been unable to steer Forest into the play-offs this season, Freedman insists there are solid foundations on which to build.

It is nice for the players to know who they will be working with, for the next couple of years.

“I am here for two more years and there is an option in there to extend it again, if the club want to,” said the Scotsman.

“You cannot look too far. But it is nice for the players to know who they will be working with, for the next couple of years.

“I have to build something now and I am excited about that. I have a good squad and a good spirit here. It does feel as though we can look forward to a bright future, but we will go about our business quietly, looking to build something special for the longer term.”

Forest were beaten 3-1 by Watford on Wednesday and the Hornets are now available at 1.50 to be promoted this season.

Meanwhile, Forest can be backed at 3.80 to beat Blackburn Rovers this weekend.