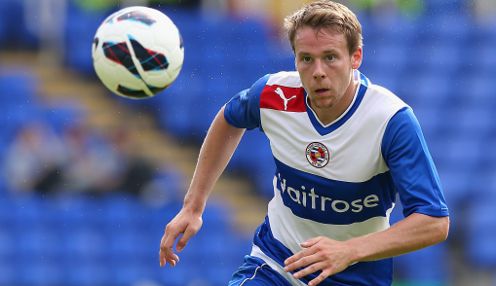 The 25-year-old Wales international’s deal had been due to expire at the end of this season but he will now stay with the Royals for the 2015-16 campaign as well.

Reading boss Steve Clarke said: “Chris is an important member of the first-team squad and, once I knew there was an option to extend Chris’ contract, I asked the club to take it up immediately.

“Consistency of performance is what every manager wants from his players and Chris delivers consistently good performances.”

Once I knew there was an option to extend Chris’ contract, I asked the club to take it up immediately.

Gunter has made 94 league starts for Reading since joining the club from Forest in a £2.5million deal in the summer of 2012.

Guthrie, whose contract at the Madejski Stadium expires this summer, will remain with Kit Symons’ side until the end of the season.

Clarke said of the 27-year-old: “It is very clear to all concerned that Danny’s time at Reading is coming to an end this summer. When this opportunity presented itself it was only right to allow Danny the chance to play some matches.”

Reading are available at 21.00 to win the FA Cup outright and can be backed at 2.10 to beat Cardiff City in their next Championship fixture on 4th April.