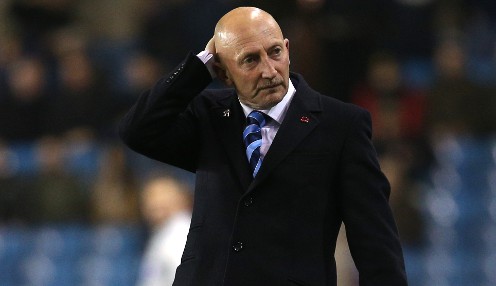 Struggling Millwall have terminated the contract of manager Ian Holloway with immediate effect.

The 51-year-old, who previously managed Bristol Rovers, QPR, Plymouth Argyle, Leicester City, Blackpool and Crystal Palace, was only placed in charge of the Lions in January 2014 but his side have struggled this season and are in the bottom three after losing five of their last six matches.

Ian Holloway remains a fine manager and it was his impressive track record which led us to appoint him some 14 months ago.

They were beaten 4-1 at home by Norwich City, 1.61 to be promoted from the Championship this term, on Saturday.

Former Millwall striker Neil Harris will take charge of the side for the rest of the season.

Lions chairman John Berylson said: “This was a hard decision to take because we very much hoped that Ollie would prove to be the man to take us forward and on to the next level. I would like to thank him for his efforts, and in particular for keeping us in the Championship last May.

“This season, though, has proved to be an extremely challenging one and we now find ourselves facing another uphill battle to avoid relegation.

“Ian Holloway remains a fine manager and it was his impressive track record which led us to appoint him some 14 months ago. However, our view is that the decision to part company at this stage is in the best interests of the football club going forward.”

Millwall, 1.083 to be relegated this season, face Bolton Wanderers in their next Championship fixture on Saturday and can be backed at 3.75 to win the match.