Ince teams up with revamped Derby 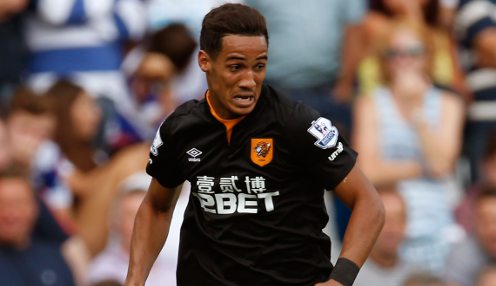 Ince, who had a successful spell on loan with Derby last season, has penned a four-year deal with the Championship side.

The 23-year-old follows in the footsteps of Darren Bent, Alex Pearce, Scott Carson, Chris Baird and Andreas Weimann, who were all signed by Clement last month.

Clement said: “I’m delighted that we have been able sign Tom Ince on a permanent basis. I’m aware of the positive impact he had on the side during his time on loan last season from speaking to people at the club, and also watching a number of the matches back myself.

“He is an exciting talent, there’s no doubt about it, and he’s another very positive addition to the squad. I feel that we’re in a good place with how the squad is looking right now.”

Ince started his career with Liverpool before moving to Blackpool in the summer of 2011. He scored 31 goals in 86 league starts for the Seasiders but moved to Crystal Palace on loan in January 2014.

He signed for Hull last summer, but only made nine appearances for the Tigers, and was sent out to Nottingham Forest for a loan spell by Steve Bruce.

Derby are 3.25 to be promoted from the Championship in the 2015/16 season and 2.20 to win their opening game of the campaign on 8th August at Bolton Wanderers.