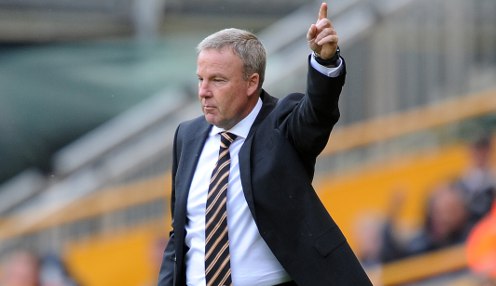 The 34-year-old defender, who was Jackett’s first signing after he was named Wolves boss almost two years ago, played a key role in the promotion-winning 2013/14 campaign.

However last season, when Wolves enjoyed a fine season in the Championship, Jackett opted to use Richard Stearman and Danny Batth in the centre of his defence instead.

In his first season here as captain, he was a major influence and helped the team enjoy some great success with the League One title.

Ricketts hopes to find a new job in readiness for the start of the new season and has not ruled out the possibility of returning to Molineux in a coaching capacity in the future.

Jackett said of the former Bolton Wanderers man: “Sam found his first-team opportunities limited last season, but maintained a highly professional attitude both on and off the pitch.

“In his first season here as captain, he was a major influence and helped the team enjoy some great success with the League One title.

“We would all like to thank him for his contribution during his two years at Molineux, and wish him all the best in his future career.”

Wolves are 5.00 to be promoted from the Championship in the 2015/16 season and 2.75 to win their first game of the season on 8th August at Blackburn Rovers.