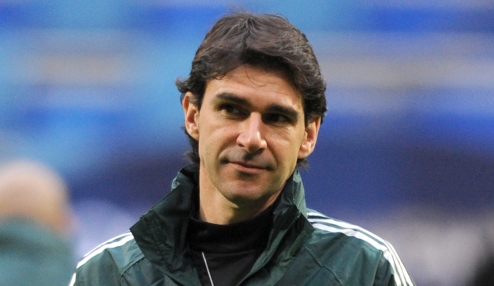 Aitor Karanka accepted that his Middlesbrough side deserved nothing from Monday’s 2-0 defeat at fellow promotion challengers Watford.

The Teessiders had started the day at the top of the Championship table but they were undone by a free-scoring Hornets side that is 1.72 to win their next match against Millwall on Saturday.

Troy Deeney grabbed his 20th goal of the season for Watford before Odion Ighalo doubled the home side’s lead.

We are having an amazing season.

Karanka said after the disappointing loss: “It’s frustrating because we played against a team which is in our same position but after the game you can feel and you can see the difference in both teams.

“It’s easy for me to say we didn’t play well but we didn’t play well because we played against a team which, without a lot of chances, scored two goals and that’s the difference. It’s not a coincidence when you have three strikers who have scored more than 50 goals in a season.

“But we are having an amazing season. I think nobody could have expected this position for Middlesbrough but we have to keep going. People who know me know I don’t want to lose and we are going to fight to the last second to get promotion.”

Boro are 1.40 to get back on track by beating relegation-threatened Rotherham United on Saturday.