Mackay upbeat ahead of Boro test 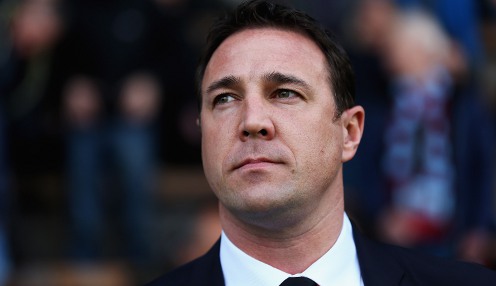 Wigan boss Malky Mackay is convinced his side can take all three points when they travel to promotion chasing Middlesbrough on Friday.

The Latics remain five points adrift of safety but they boast an impressive recent record on the road, having won four consecutive games on their travels ahead of the trip to the Riverside.

Wigan picked up an impressive win at Norwich last month and Mackay feels if they can replicate their performance at Carrow Road when they take on Boro they will pick up a vital three points as they battle against the drop.

He told the club’s official website: “Middlesbrough have done well this season and they’ve got quality throughout their team and in particular Lee Tomlin and Patrick Bamford have been on peoples’ lips for a while.

“We’ve got to make sure that we go there and give a good account of ourselves; hold no fear, but at the same time give them respect for what they’ve achieved this season.

“We need to go there and give a similar performance to the one we gave at Norwich and I know (Middlesbrough manager) Aitor Karanka won’t be taking us lightly; they need every point they can get right now, as do we.”

The Latics welcome back James McClean from suspension but Don Cowie is out with a knee injury he picked up in training.