McClaren: Derby need to be ruthless 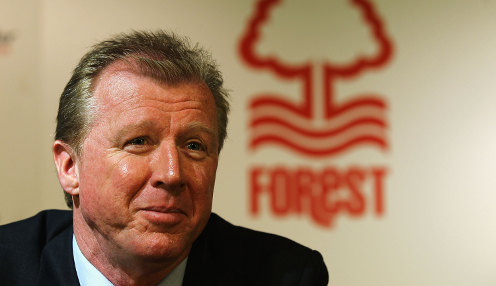 Steve McClaren is urging Derby to be more ruthless.

Steve McClaren has slated his Derby County players for failing to kill off Watford in their 2-2 draw at the iPro Stadium on Friday night.

Derby had control of the game early on but suffered a setback when a mistake allowed Matej Vydra to give the visitors a 23rd minute advantage.

McClaren’s Rams received a lifeline when Johnny Russell was felled by Marco Motta in the box, allowing Darren Bent restore parity from the spot and leaving Watford to face the second half with only ten men.

Tom Ince danced his way into the box to fire Derby in front just before the hour mark and it looked as if McClaren’s team would collect a first win in seven games.

However, they allowed Watford get back into the game and were duly punished when Odion Ighalo levelled the contested 15 minutes from the end.

Despite a late rally from the home side, Watford held out for a draw that means Derby are six points off the top two and clinging to a playoff place only on goal difference.

McClaren was unimpressed with how his players dealt with leading the game against ten men in the second period.

“We are 2-1 up and I think the plan is going great and then we stopped,” he said. “We started to get negative and think the game was won and that’s the disappointment.”

Having led the Championship just a couple of months ago, Derby are now 4.00 to be promoted this season while they are 1.40 to finish in the top six.

McClaren says his players must be more ruthless if they want to succeed.

“We have to be ruthless, we have to go for the third and fourth and kill teams off but we played as if it was the last two minutes of the game and just tried to keep the ball.

“It’s very frustrating for everyone but we only have ourselves to blame for not taking advantage.”