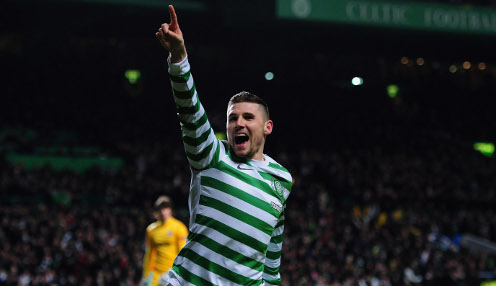 Alex Neil has called on his Norwich City players to win their remaining four games of the season to secure promotion to the Premier League.

The Canaries’ boss watched as his side battled to a last-gasp 2-1 win against lowly Bolton at the Macron Stadium on Saturday to remain in the second automatic promotion place ahead of third-placed Watford on goal difference.

Graham Dorrans put Norwich in front after nine minutes, but Bolton looked like they had secured a draw when Adam Le Fondre equalised.

The one think you know about Gary Hooper is if you give him the ball in and around the box, he is a danger and it was a fantastic finish.

However Neil threw caution to the wind in the second half and his attacking approach paid off when substitute Gary Hooper grabbed a vital winning goal in injury time.

Neil told Sky Sports News: “I was hoping it was going to come. We did everything we possibly could have done to force it to come. The one think you know about Gary Hooper is if you give him the ball in and around the box, he is a danger and it was a fantastic finish.”

Another tricky game at Leeds is up next on Tuesday, before the Canaries host fourth-placed Middlesbrough at Carrow Road on Friday night. And Neil has called on his players to go all out for maximum points from the rest of their matches.

He added: “We need to try and win every remaining game. If it means I am going to throw caution to the wind and go for it and it costs us, well I would rather do that than play defensively and see out a draw which over the piece probably won’t be good enough.”

Norwich are 1.53 to win promotion back to the Premier League at the first attempt this season, while they can be backed at 1.66 to win at Leeds. The Whites are 5.00 to win and the draw is 3.75.