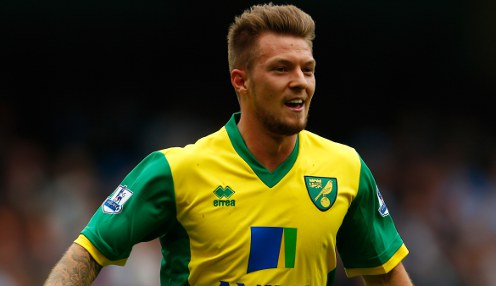 The two clubs will meet over two legs in the Championship play-off semi-finals, with the winner earning the chance to compete for a place in the Premier League in the final at Wembley.

It will be the first time the two fierce rivals have met outside of a league match since back in 1985, when the Canaries beat Ipswich 2-1 on aggregate in the Milk Cup semi-final in 1985.

Neil has welcomed the derby dates and he feels the rivalry will add another dimension to the battle for promotion to the Premier League.

Neil told the club’s official website: “I’ve been told this will be the biggest derby between Norwich and Ipswich and these are the games you want to be involved in.

“We’re really looking forward to it and we’ll get ourselves fully prepared.

“It definitely adds something, an extra spice, because the fans are desperate to get one over their rivals which makes it an emotional occasion.

“We know exactly what it means to everyone and it means a hell of a lot to myself and the players as well.

“Ultimately, we’ve got to rise to the challenge and get ourselves past Ipswich to make the final.”

The first leg will take place in Ipswich on Saturday, with the return leg at Carrow Road the following weekend.