Norwich look for six in a row 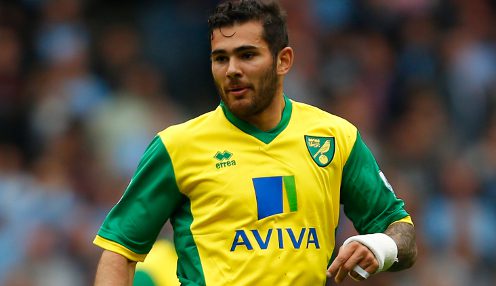 Norwich go into a big East Anglian derby looking for a victory that will take their winning run to six.

Norwich play host to great rivals Ipswich Town at Carrow Road on Sunday with both sides having real hopes of promotion to the Premier League at the end of the season.

City, relegated from the top flight last season, after an indifferent run of form which led to the exit of manager Neil Adams, have been reinvigorated since and new boss Alex Neill has overseen a five game winning run which has seen the Canaries move into the play-off places and within sight of Derby and Middlesbrough at the top.

They have so far had a perfect February with wins at home against Wolves and Blackpool and on their travels against Charlton, Watford and Blackburn.

Neil says of the team’s current run: “It means the world to me. I’m here to win games and do the best I can for Norwich and my group of players. I know it means a lot to the fans, but I can assure you, it means everything to this group of players.”

City are on 59 points, four off Middlesbrough in second and now just a point behind their visitors on Sunday, Ipswich.

The Suffolk side have signed Chris Wood on loan from Leicester City until the end of the season and he will go straight into the squad to face Norwich who hope to have striker Gary Hooper back from injury after he missed the Canaries midweek win at Blackburn.

Norwich are 6.00 to be promoted back to the Premier League at the end of the season with Ipswich 21.00 and Middlesbrough 3.75.