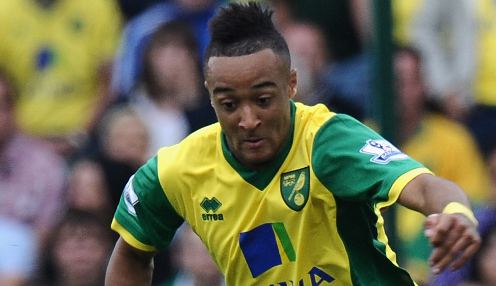 Norwich secured a 2-0 victory over Middlesbrough in the Championship play-off final to secure promotion at the first attempt.

The Canaries, who were relegated from the Premier League last season, made a blistering start at Wembley and were ahead after just 12 minutes.

Cameron Jerome capitalised on a Daniel Ayala mistake and slotted the ball home before Nathan Redmond doubled their advantage soon after.

Redmond, who has been in impressive form for Norwich in the latter stages of the campaign, fired a low shot into the corner on 15 minutes to leave Boro with a mountain to climb.

Middlesbrough beat Norwich twice during the regular season but they struggled in the first half, although Jelle Vossen hit the bar with a fine volley before the break.

Vossen’s effort proved to be the closest Aitor Karanka’s men came to grabbing a goal at Wembley.

Middlesbrough did improve after the interval but they could not break down the Canaries’ back line as they held firm and defended in numbers.

Boro’s six-year absence from the top flight continues, while Norwich will look forward to competing in the top flight after just one season in the Championship.

Norwich are 2.00 to be relegated next season and 2.50 to be the top newcomer.